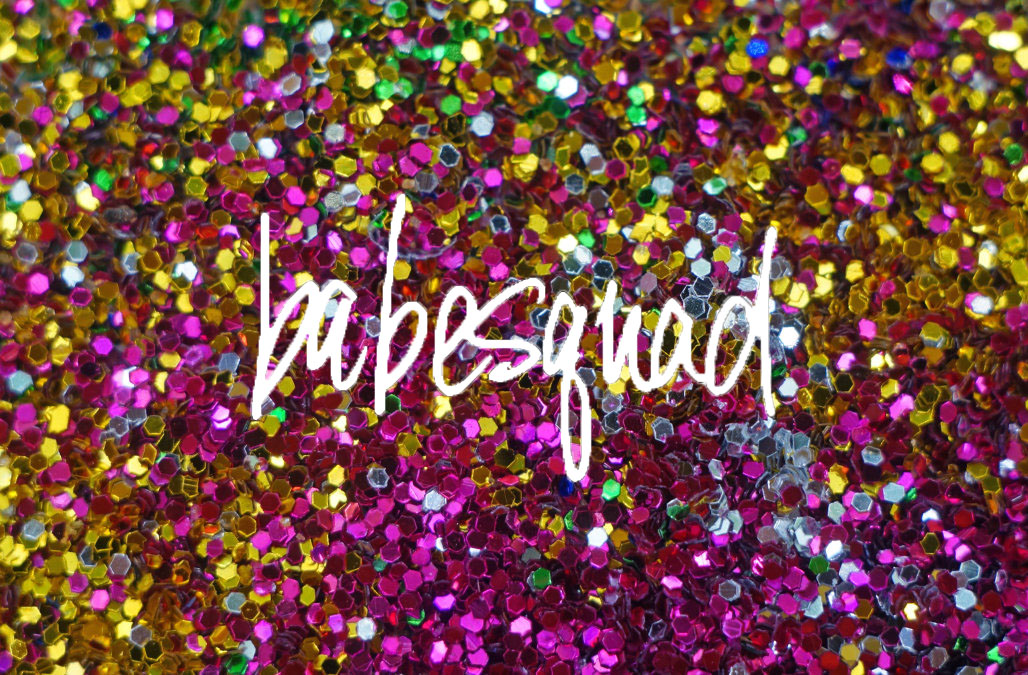 Ch-ch-changes. In the grand scheme of things, writing a six instead of a five isn’t that big of one. But then again, changes don’t exist unless you take a moment to look back, compare then and now, and realize what’s different.

In that spirit, we think it’s important to acknowledge how the thirteen babes we interviewed in 2015 changed our brains for the better. The babes we met or reconnected with last year gave us some real insight into how to live, thrive, and become the person you want to be. What did we learn from our babes in 2015? How were we inspired? We’ve got ten dirty pearls of wisdom for you below that made the most impact on us.

We suspected it, but this year proved it. The babes we interviewed this year are doing all sorts of crazy shit, and they’re making it work. FLUNKLIFE founder Katie Heath told us in our first Babe Squad interview, “I have evidence that others have done far more stupid things and got paid for it.” For example, she was originally encouraged to open shop by a friend who runs Ship a Dick—which is exactly what it sounds like. Babes like Katie, Meow Wolf, and Our Wild Abandon, who are profiting from their crazy dreams, made us realize anything is possible this year…and some of the best possibilities are also the most hilarious, fun-inducing ideas out there. Scha-wing!

Money doesn’t need to be the motivator.

Ever since we started Babe Squad, people have been asking us about how we plan to turn a profit. While we may eventually want to make some dough to do cooler shit for our beloved babes, it was refreshing to hear Don Giovanni Records founder Joe Steinhardt tell us that the record label is not how he makes his money—and he likes it that way. “Money is not a part of what drives any of this stuff,” he told us. “Instead, what we’re trying to do is see how big we can get this without compromising our values.” We’re taking that to heart as we grow Babe Squad!

Do no evil, but take no shit.

This one’s for our bumper sticker, baby! The minute Chicago comedian Meredith Kachel uttered this phrase, we had new words to live by. The phrase sums up simply what we believe at Babe Squad—that kindness and drive can and should co-exist. Being supportive and loving of others does not make you weak or mean you should sacrifice your own needs and dreams. And being driven doesn’t mean you get to trample anyone under foot.

Acknowledge the potential of nothing-to-lose moments.

I often think, “I’ll do that when.” It’s easy to get sucked into that kind of goal-setting, where we plan for our next big move at that later date when we’ll be more [insert word here]. Confident? Rich? Ready? Usually it’s some kind of high peak we’re planning to reach before we make the next big change. Instead, Jillian Mann and Kyla Trethewey of Our Wild Abandon taught me that your blackest day is the perfect moment to breathe deep and jump. The duo ditched their hometown to live on the road when they had reached their lowest point. Kyla says they thought, “What’s worse: living like this forever or fucking up and coming back to living like this again?” At that point, the stakes are low. Anything’s possible. It’s got me thinking of downs as potential ups and even new beginnings.

Everybody has their own shit.

“If they tell you otherwise, they’re lying,” writer, artist, and student advisor Liz Medoff tells her students. Our conversations with all thirteen babes reinforced this sentiment. They showed me that everyone hits a hard time. Everyone doubts themselves. Everyone feels alone sometimes. Yet, walking down the street, I don’t often acknowledge this and have sympathy for others. It reminds me of the conclusion of the commencement speech that David Foster Wallace gave where he talked about choosing what to think about–simply realizing that other people have their shit helps knock me out of a self-centered worldview. It’s an opportunity to look differently at the people around us, including the people we admire, and be more understanding and less afraid to open up.

Sometimes I bounce back and forth between two modes: saying “yes” to everything or being super laser-focused on one goal. There’s fear in both modes. In the first, it’s the fear of letting someone down or missing out. In the second, it’s the fear of not accomplishing your goal if you let go for even a minute. But filmmaker-babe Ryan Oksenberg has learned to seek the gray area in-between those two modes, where the big goal is always in focus but new, sometimes odd or unexpected opportunities are still taken advantage of…because you never know what winding path is really going to help you get there. “I believe your voice as an artist will strengthen as a result of putting yourself into the unknown,” he says. That thing you almost didn’t do might actually be a chance to stretch your wings, grow, and re-invigorate your commitment. This has reminded me to focus on the ultimate goal–in the broadest sense of what I feel put on this earth to do–and be more willing to compromise on or play with the means.

Patience is a virtue.

Yeah, I heard it before, but until this year, I didn’t believe it. This cheesy saying has been used as ammunition in my life before by authority figures, telling me to keep in line because Mick Jagger said you can’t always get blah blah blah. But this year, BYO Stories organizer Laine Kaplan-Levenson pointed out this about patience: “it inherently makes you nicer to yourself.” Laine redefined patience for me. Now I see patience as giving myself and others the time we need. She helped me see that patience can make you so much more resilient, reasonable, and loving to yourself and the people around you. It may sound easy, but when you’re so ready to get going or make changes, it’s fucking hard! I’m patiently trying now to give myself and others the space to try shit, fuck it up, and then try again or forgettaboutit.

Love is a choice.

The “L” word was a big one this year, and our babes really helped me through, particularly writer-activist-performer-goddess Neve Be. Neve shared an amazing poem by Nayyirah Waheed that completely changed how I think about love. It introduced me to the concept of meeting someone where they are as the ultimate passion–no more drama. Neve applies this to their own relationship, saying, “[My partner and I] have chosen to meet each other, and we don’t really think of ‘meeting each other’ as something that happens once…You do it every day.” I returned to these sentiments often this year—both to help friends put love games in perspective and to help me in my own relationship. It has helped me strive to see each day as an opportunity to meet the person I’m with in new ways and to be open to who they are (even the parts of them that I wouldn’t have sewed into my custom Frankenstein lov-ahr) and be comfortable with who I am, too.

Success is not an end goal.

One of the questions we asked all of our babes this year was how they define success, and while the answers varied, many babes acknowledged that the traditional view of success—as something achievable and having to do with money, success, fame, glamour—was an idea they had to do away with. Instead, many said that they defined success as finding the energy to do more and push themselves further.

As tattoo artist Stephanie Brown acknowledged, this stay-hungry drive can be self-punishing if you don’t take a moment to stop and celebrate victories along the way. But realizing the pressure is always on paradoxically takes the pressure off. Because if there’s not just one thing to achieve, but instead a long line of potential achievements, changes, and paths, we can live more fluidly and comfortably in the moment, knowing that we have many potential futures. We don’t need to build a pedestal for a be-all-end-all idea or make a plan that stops at a certain destination. Like Kyla of Our Wild Abandon says, “If you make a plan and things goes wrong, it can feel like you’re failing. But if you don’t make a plan, everything’s a beautiful surprise.” Sometimes those surprises make you who you are.

Artist and Pool Holograph bandleader Wyatt Grant also shared with us a metaphor that I think about a lot regarding success and the daily pitfalls related to it. Think of life’s highs and lows as the blades and valleys on a saw. They may be perceived as ups and downs, but it’s the motion of all of those parts together that make it work. Our babes just want to keep cutting through shit, and we fucking love them for it! After all, if all else fails…

We can all live in Hawaii any goddamn time we want.

“In that climate, all you need is a tarp.” Life-changing words of wisdom from Meow Wolf’s Corvas Kent Brinkerhoff II. This is my island in the sun, oi oi!

Who shook you up in 2015, and how did they do it? Leave a comment below if one of our babes really blew your mind last year–we want to know! Thanks for being with us for our first 13! Stay tuned for more inspiring babes in 2016.